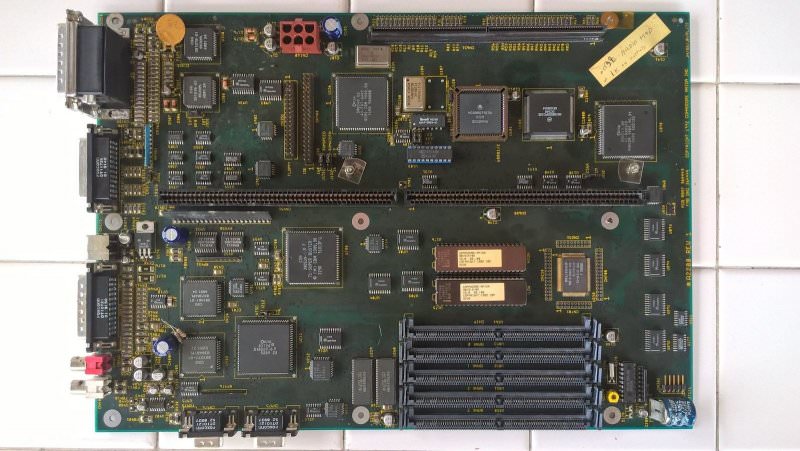 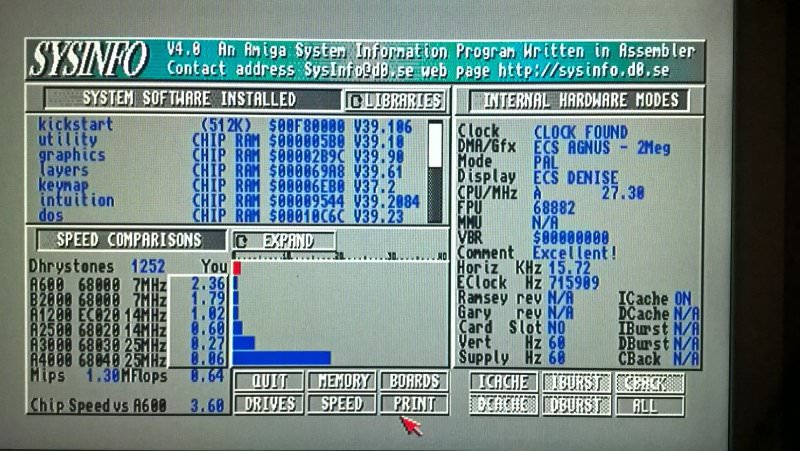 A few months after the cancellation of the A1000+ and A3000+ it was decided the company should attempt to salvage the A1000+ technology and build a lower spec ECS-based machine. The project was developed under the codename 'A1000jr', an unofficial title intended to annoy Bill Sydnes.

In an e-mail exchange, Dave Haynie commented on one of the changes made to the A1000jr design:

"They did the backplanes 2-layer, and when I pointed out that Zorro III didn't run on a 2-layer backplane, they disabled Zorro III mode, so these were Zorro-II only."

After months of development four configurations were produced for the mid-range market. These would fit between the A500 and A3000 in the Commodore product line.

As pictured, a Commodore Amiga 2200 motherboard, Rev 1 along with an A2400 daughter (riser) board Rev 0.0. The board runs good enough to boot workbench 3.1. Below are some notes about this unique system:

- The ROMs appear to be standard A4000 V3.0 types. Not sure that these are the original ROMs, but seems reasonable given the similarity between the two machines.

- The riser came in the same lot, but not the same box as the motherboard. Uncertain if it goes with the motherboard. However the A2400 (a 4-slot 2200) designation would seem to indicate that it is the proper one. The riser mechanically fits perfectly in the motherboard. System was tested without the riser installed to reduce the risk of any damage.

- Battery is still attached and doesn’t appear to have leaked.

- Board has 1MB of Chip RAM soldered on board with a 72-pin SIMM slot to expand.

Due to the rarity and risk of damage, only limited testing was done:

- No keyboard, floppy drive, 72-pin SIMMs, or riser board was installed.

- Was able to boot from an A4000 formatted 512MB CompactFlash with a passive adapter. Booted straight to Workbench 3.1 without any errors.

- A standard Amiga mouse was plugged in and the pointer moved correctly as well as registering left and right clicks.

The finished products were production-worthy, but were never ordered by a sales company within Commodore. In an attempt to recoup the cost of development, Commodore reused the case design for the A4000 a year later, and upgraded the A1000Jr configuration into the A3200.
" Έχω σε 46άρα κασέτα όλα τα τραγούδια των Metallica! "